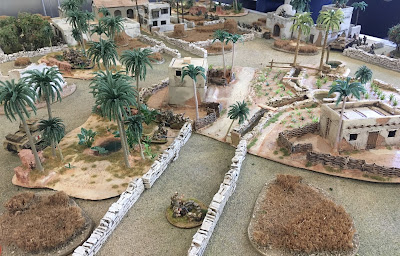 Unfortunately we were unable to stop ourselves playing another game of Bolt Action 2 Edition and again we deployed our troops to fight it out again in the heat of Tunisia. Both armies consisted of 1250pts per side with and our mission was again the meeting engagement as we had three new players (Dave Lowe, Harrison Smith andTerry Moran) joining us for the afternoon. 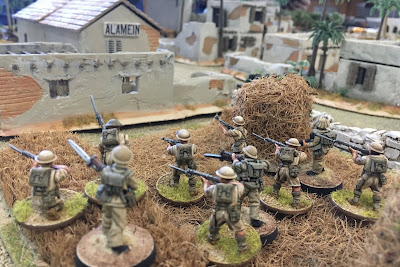 As per usual the Bolt Action rules were a joy to play and loads of fun for the new players. Both sides took heavy causalities from small arms fire and there was some deadly hand to hand combat in and around the Alamein township, which changed hands at least three times. 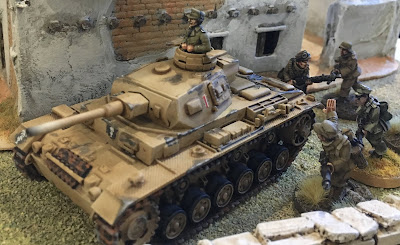 The last turn (six) saw the British 8th Army lads sneak in a slight victory against the Africa Korps lads but the game game could have gone to either side. I think what put the nail in the coffin for the Germans was the lose of there MkIII. 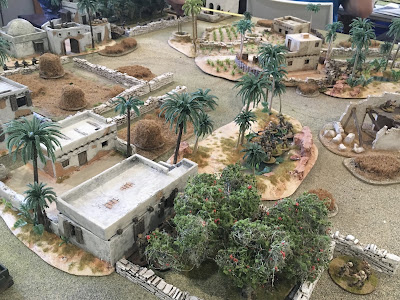 The terrain was a mix of my terrain and John Maguires outstanding collection all of which was scratch build by the very talented Lev Vykopal in Western Australia. Lev is a genius at scratch buildings and has completed some very fine terrain pieces for John and Myself. 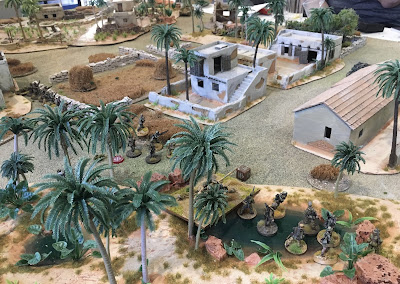 The figures were again from John fantastic collection. Next time we hope to head over the Mediterranean Sea to fight in Europe. Until then please enjoy the images and stay safe. 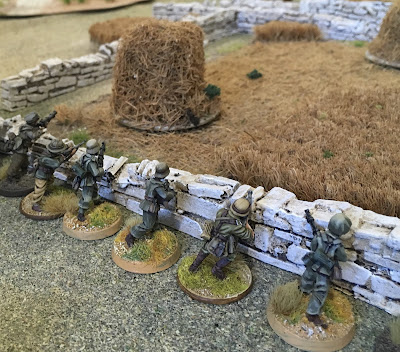 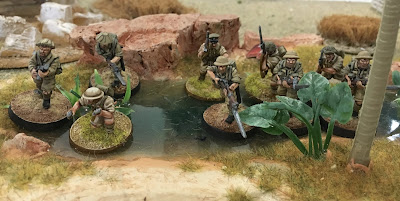 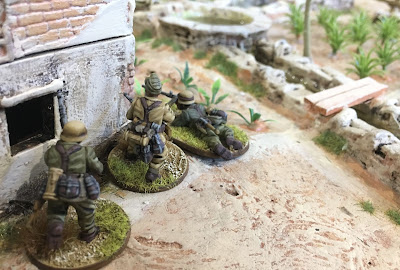 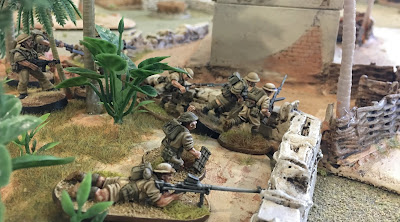 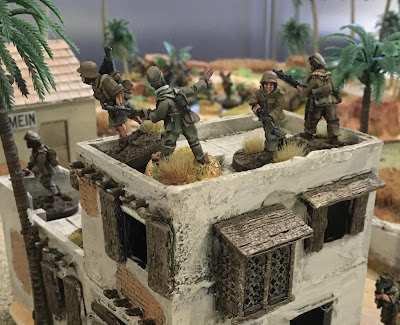 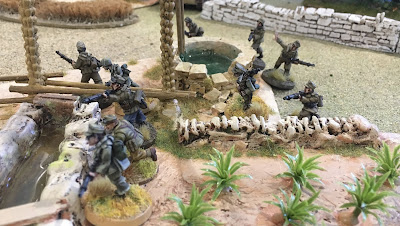 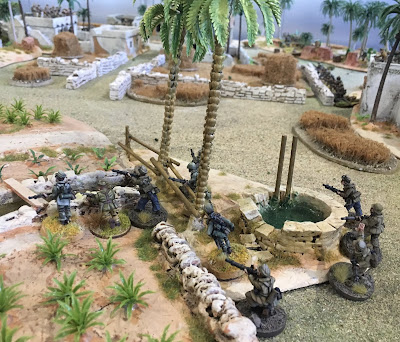 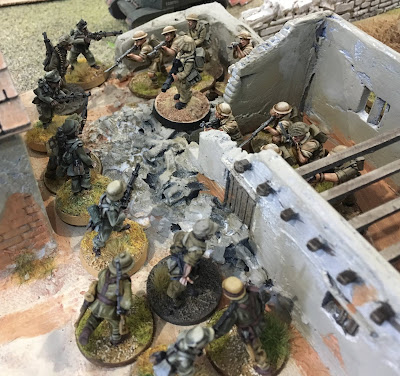 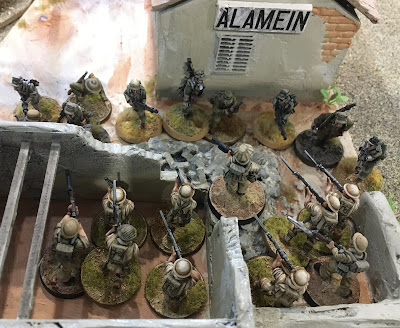 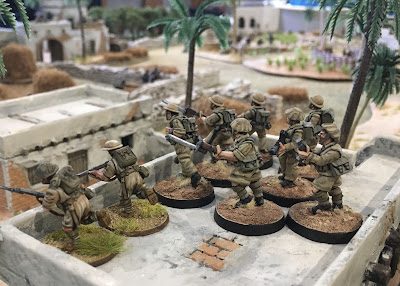 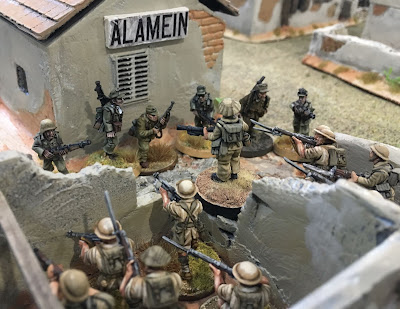 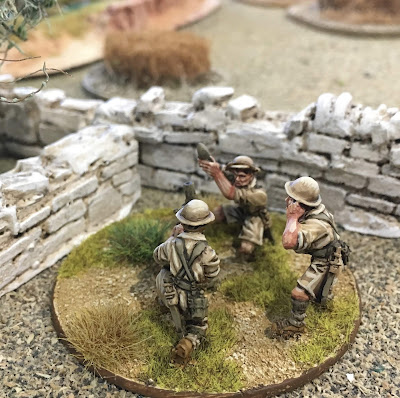 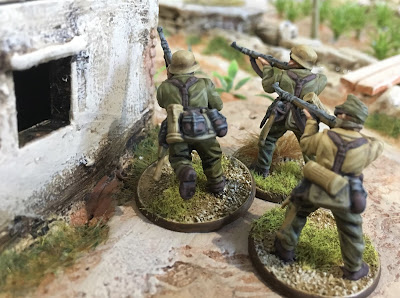 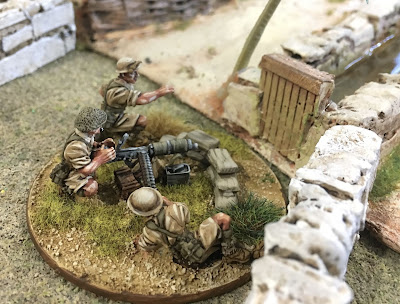 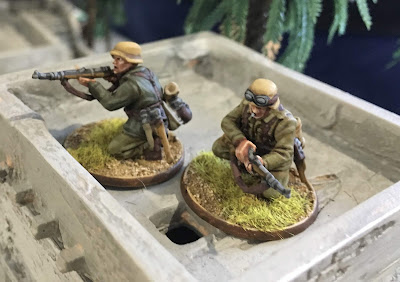 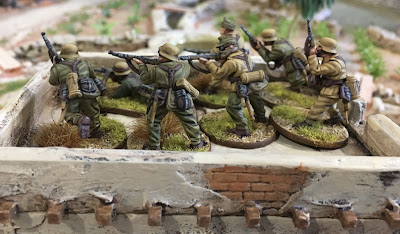 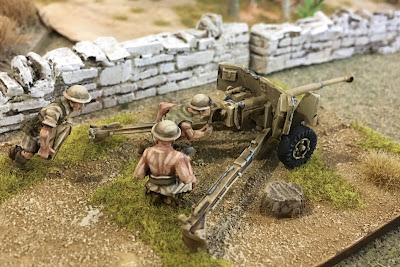 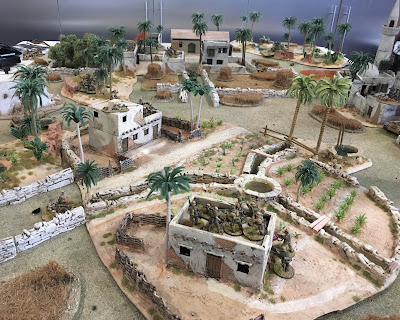 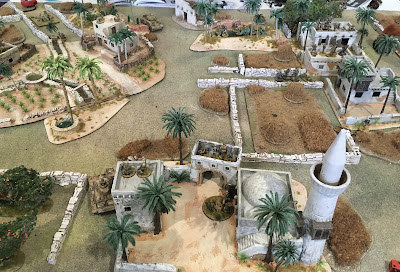 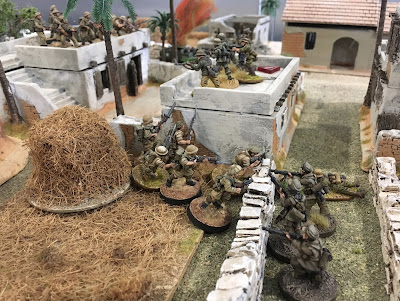 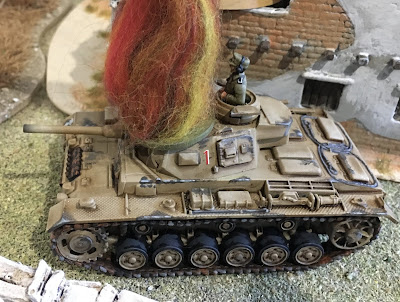 Beautiful to see and quite inspiring. Terrain is wonderful some very large bases I can only imagine the storage problems with pieces that large but they look fantastic......dioramas in themselves. Great to see thanks for sharing during these uncertain times👍

Thanks for the great comments. The only reason the terrain has gotten bigger is because we no longer wish to move and have dug ourselves in to the North Queensland scene for the foreseeable future. Having a well set up table and nice terrain will always win the day and is always a joy to play on.

All the best and stay safe.

As always, absolutely outstanding figures, terrain and photography...I really do not think you can get much better anywhere...you are a very talented bunch!

Thanks again everyone for the fantastic comments. We are certainly very lucky with the guys in our club with their fantastic figures and terrain.

All the best and stay well.

Staggeringly good figures and terrain...now I'm jealous. It makes me think of those glossy production value magazines or display tables at shows. The amount of work and talent that has obviously gone into this is epic so, well done all on so fine a showing.