Quintus Sertorius was a Roman officer during one of the civil wars between Marius and Sulla and than went on to creating is own war against Sulla in Spain, which was to be called the Sertorian War (80 to 72BC). He was an outstanding commander and an inspirational leader. The base pictured has been painted by Leroy Simpson for one of our local gamers, Jeff Smith, and has been based for the Basic rules for Impetvs. Hence the command is included in the heavy infantry stand. The figures are a mix of figures from 1st Corps and Warlord Games, and Jeff has replaced some of the heads for the kneeling legionnaires with other plastic heads to add some more diversity for the base. The white fawn represents the fawn Sertorius claimed to have spoken to him and was the representation of the Goddess  Diana. 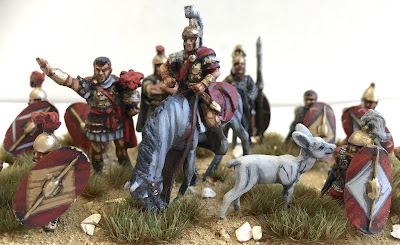 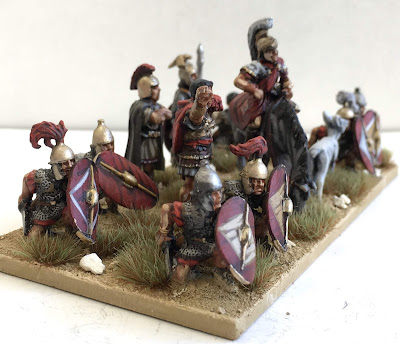 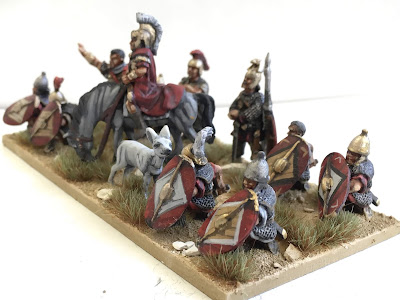 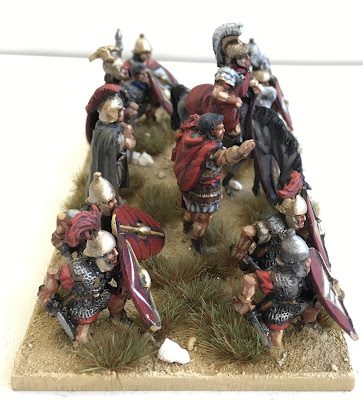 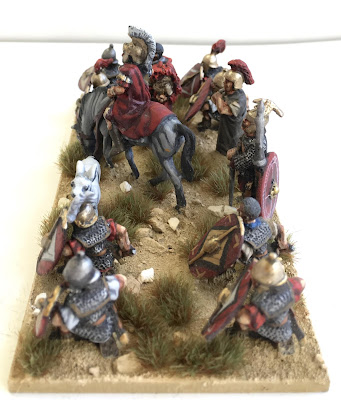 Very nice. I love that the fawn was included ;)

Another gorgeous and inspired work, congrats!

Very, very nice. Recall reading about this personality in the great historical fiction novels by Colleen McCullough. Hope to see some picture reports of future battles where Sertorius trounces the young Pompey . . . My compliments to your collection.

Outstanding! A superb general's stand and a great historical figure to provide the back story.

Thanks for the great comments everyone. Hopefully we will see them in action next weekend.

Beautifully rendered as always with your posts Vinnie. And once again the figures are enhanced by excellent basing!

Thanks Ross I will try to keep the post coming for you.

All the best for 2020, looking forward to your visit

Thanks Matt for the comments..the count down has begun buddy. We are also looking forward to catch up with you.

Take care and see you in a few months.