Team Yankee - USSR vs The USMC 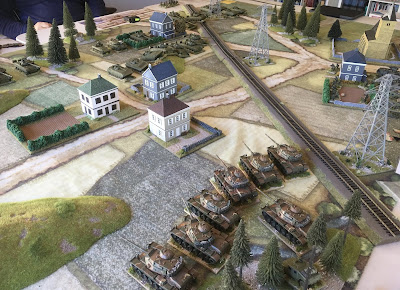 This was the second game Scott and I played the other weekend and the first game of Team Yankee I have ever played. Scott played the forces of the Warsaw Pack USSR and I played the USMC Expeditionary Forces. At first it was certainly a little bit intimidating seeing all that Russian armour on the board but after rolling some nice saves and scoring a few additional hits on his armour it evened up the sides a little. However I think what actually won me the battle was that Scott was unable to get his attack helicopters onto the table. I was able to call my ground attach aircraft almost every turn and it was this that allowed me to break through Scott's left flank. The gaming system was certainly easy to pick up and play and made for a very enjoyable morning of gaming. Thanks again to Scott for putting on the game for me and the use of his fantastic collection of vehicles and figures. 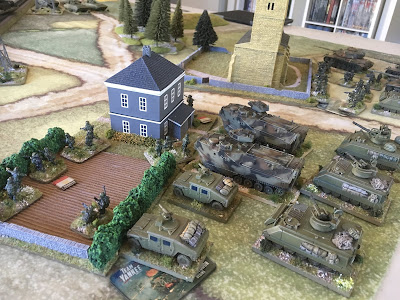 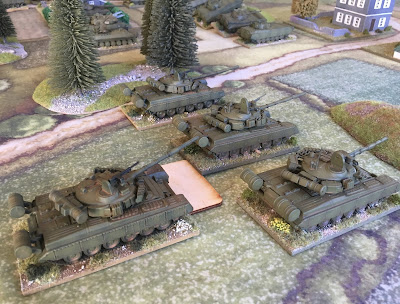 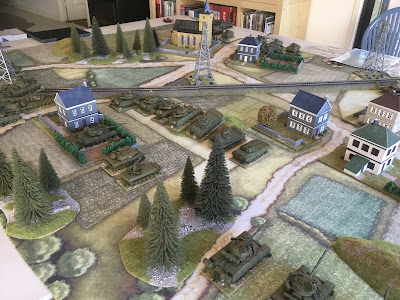 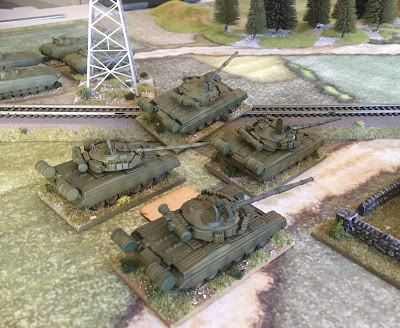 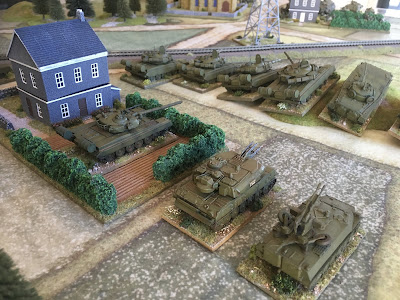 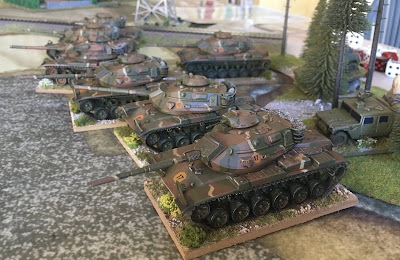 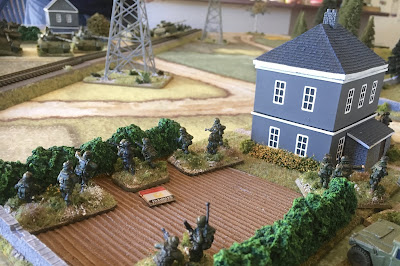 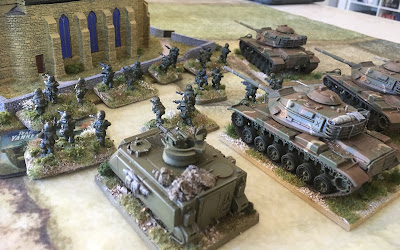 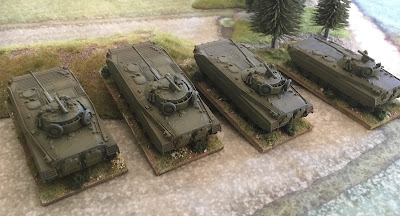 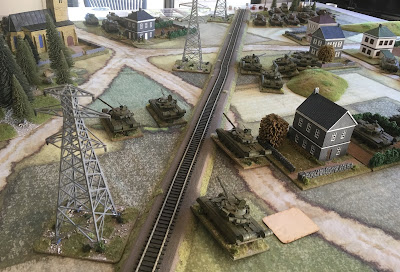 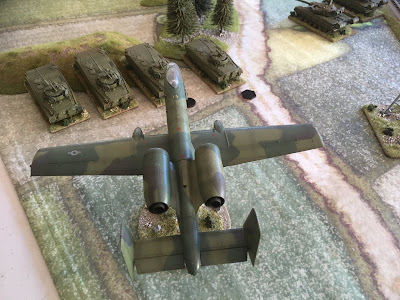 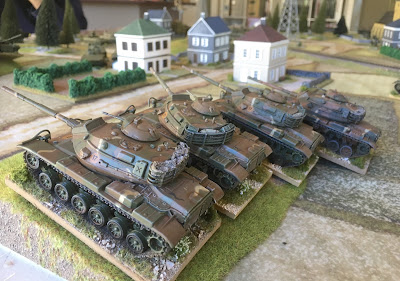 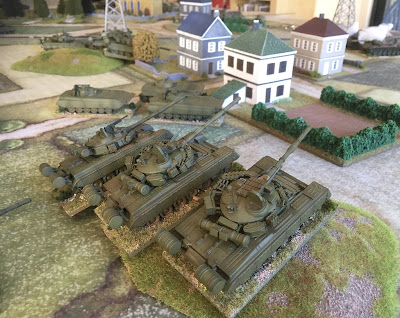 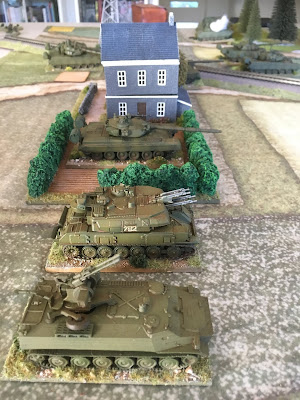 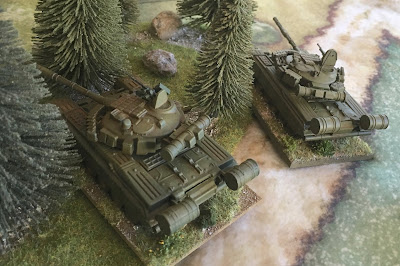 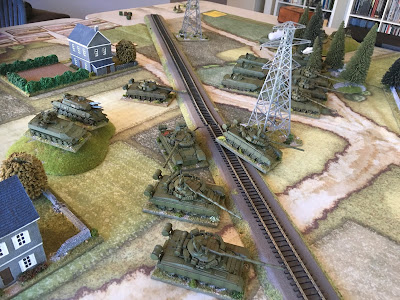 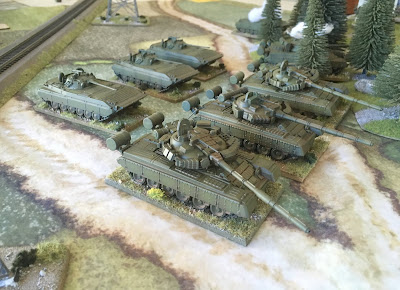 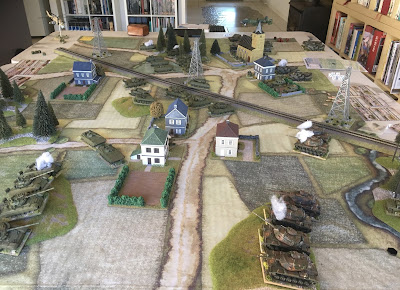 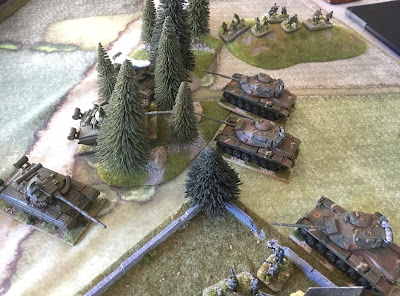 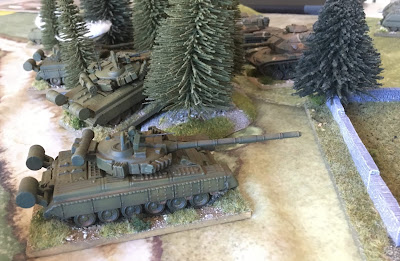 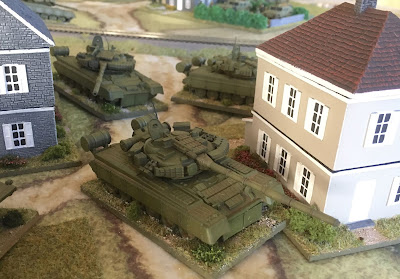 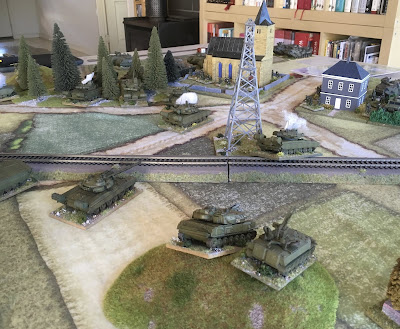 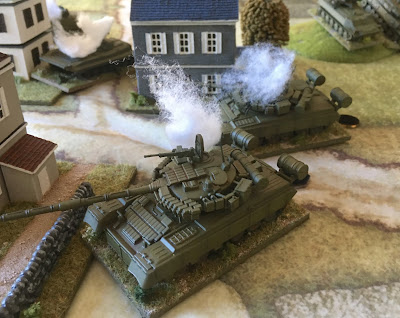 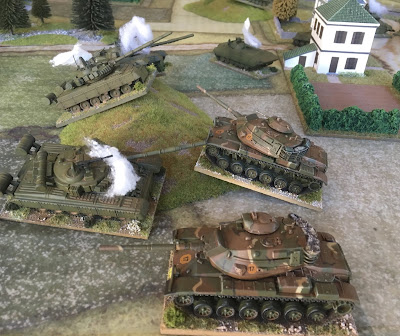 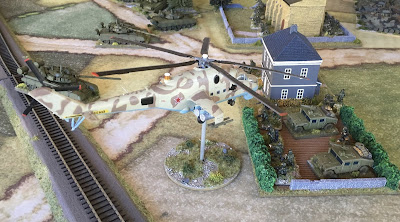