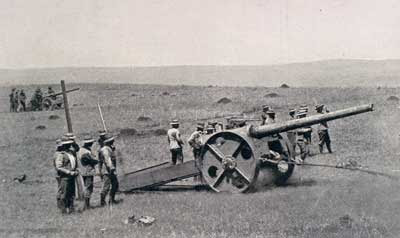 Anton Boot has again sent through some fantastic images of his latest Boer additions. This time he has painted a 4.7" Naval gun and crew. These beauties were normally manned by navel detachments however finding navel crew for this period is near impossible, unless you do a little converting. The Naval gun can be purchased from 'The Virtual Armchair General' website under Houston's Naval Guns and ship fittings. They have a extensive list of Naval deck guns to field guns unitised by Naval forces during the later Victorian period. 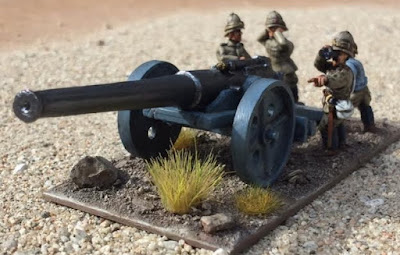 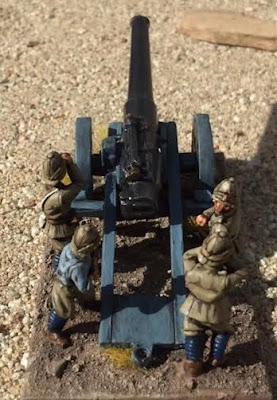 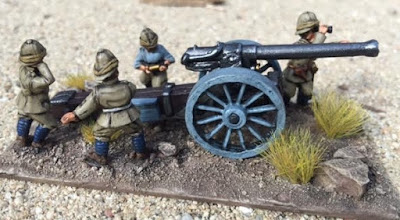 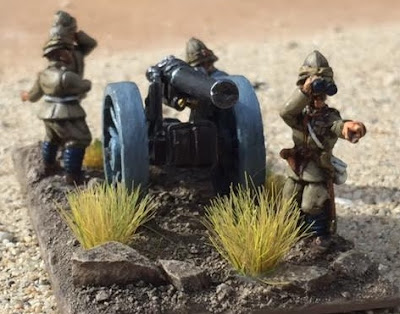 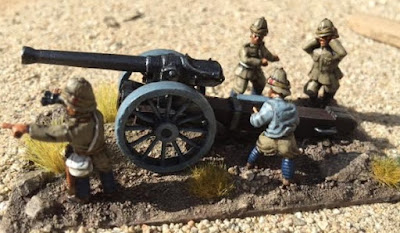 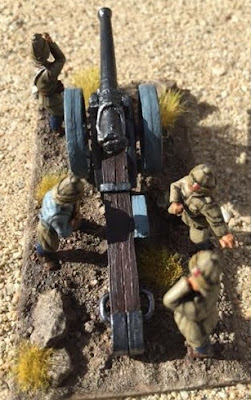 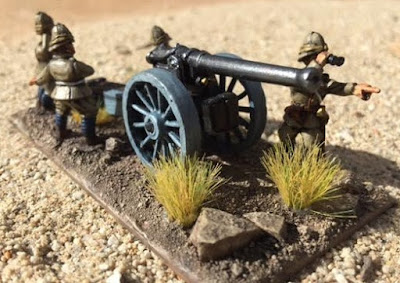 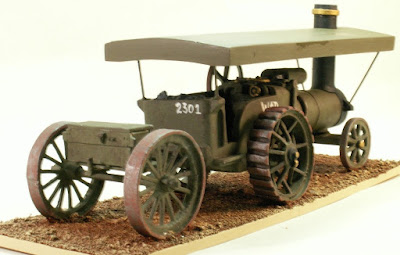 Anton also dropped in a couple more images of this very nicely painted Steam Tractor, painted by Mark Hargreaves of http://over-open-sights.blogspot.co.uk, which he is keen to add to the collection so that the 4.7" can be towed across the battlefeild as they were used extensively throughout the campaign by the British to haul either supplies or the big naval guns...I need one in my collection too. 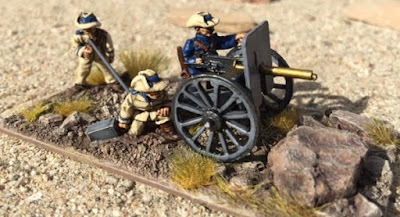 And lastly Anton has painted a very nice Boer 'Pom Pom' and crew....this little piece was hated by the British in the first year of the war, but many were later captured and turned against their previous masters. 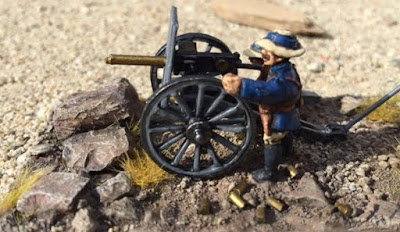 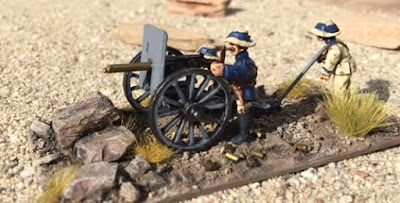 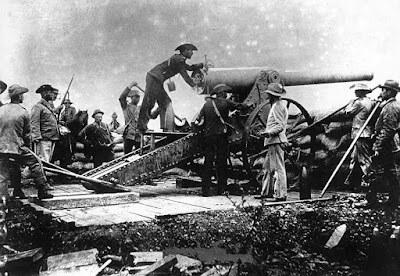 I have just received a few images from Anton Boot of his very nicely painted Boer 'Long Tom'. Anton is a keen gamer and has a keen interest in gaming the 2nd Boer War....and a great period it is too. But in all my gaming of this period I have nerver once thought about adding one of these beauties to the table..however I am going to have to purchase a couple now from 'The Virtual Armchair General' as I think they would do very nicely in a couple of senarios I have in mind. I hope you like Anton's work and I appriciate that he has allowed me to show of his fine painting. 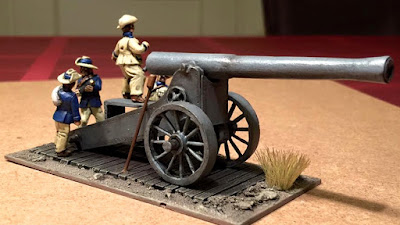 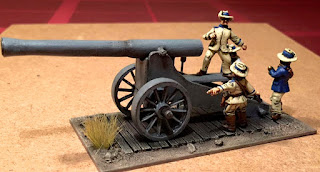 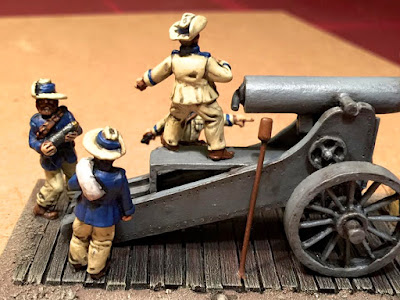 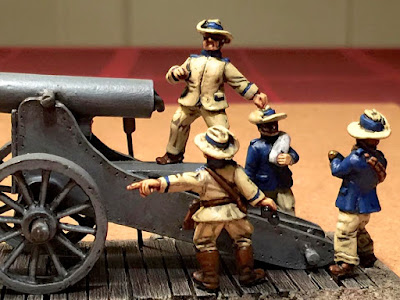 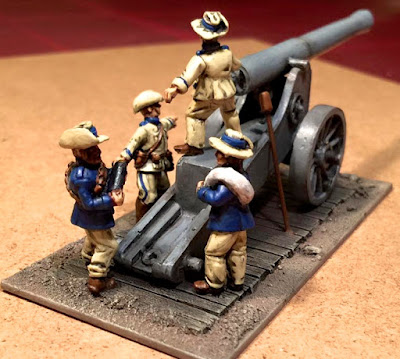 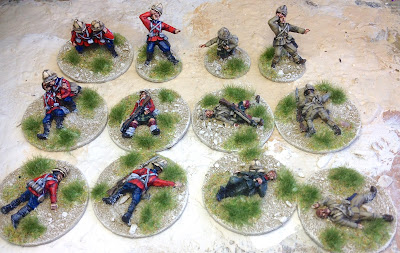 Just before I left for PNG Leroy Simpson completed some very nice Old Glory Miniatures casualty markers for me to add to my Colonial collection. Again Leroy has done a fantastic job in panting these lads and again Old Glory have designed some great figures for this period. Initially the figures have been manufactured for either the Great Boer War or NWF. However I asked Leroy to paint a few with scarlet jackets so to use in a number of 'Victoria's Small Wars' where they still wore this jacket. Thus they can be used for the Anglo-Zulu, 1st Boer, Anglo-Egyptian and Sudan Wars....thanks Leroy. 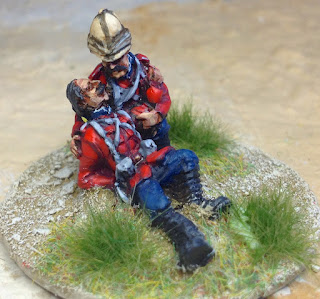 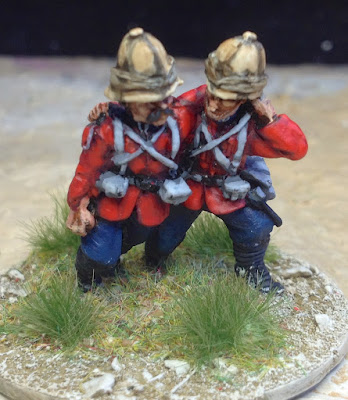 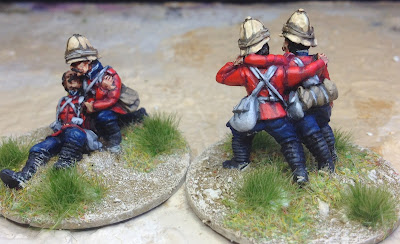 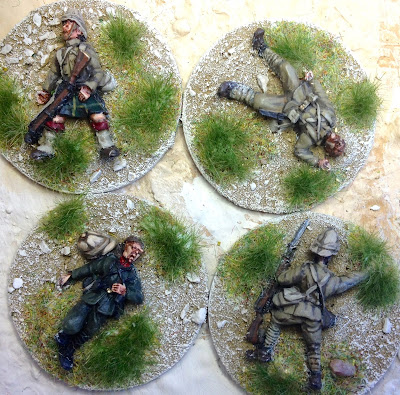 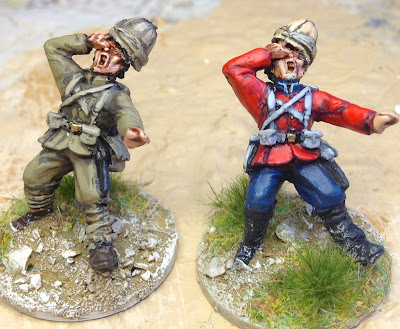 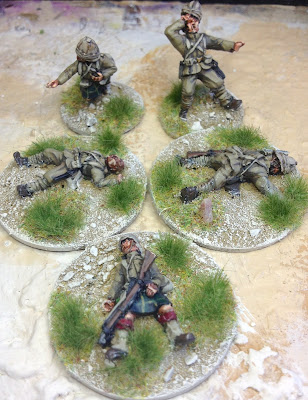 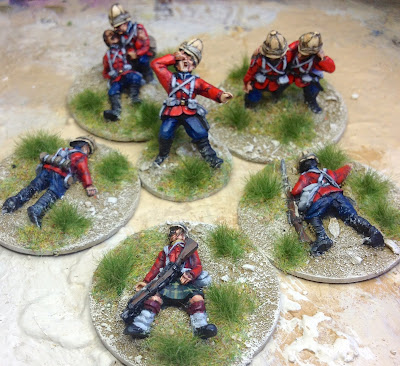