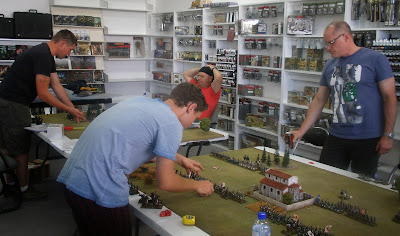 On the Sunday passed the Gentlemen of 'The Lonely Gamers Club' played a small Napoleonic competition at the 'Realms of Magic' hobby store in Townsville, North Queensland. We only had six players which I would have to say for the population of Townsville gamers it was not a bad gathering.

The armies of the six players were as follows:


Each army consisted of only 600pts using Andrew Parr's 'Fortune & Glory' Napoleonic rules set. We used the first three scenarios from the rules which were 'Picthed Battle', Contested Ground' and 'Attack'. Each on a 6x4ft table with pre-set terrain. 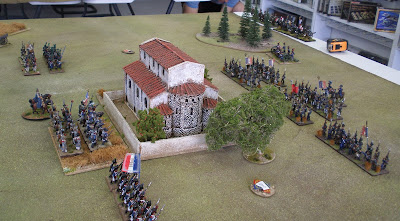 During the day we played three rounds of play, starting at 945am and the last game finishing at 5pm that afternoon. Each game was a new chellange for the player and each army fought a different army and troops type, John playing a massed 2nd class Prussian army and Josh using battalion guns with his Austrians proved a chellange for those opposing them. 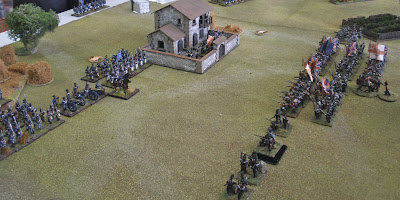 However in the end John's Prussian Army proved to strong and with a total of eight points took the winning crown. Brian and Dave both on four points came a close secound and Jose rolled in third. Stan and myself held the rearguard. I would also like to thank Micheal and Graham from 'Realms of Magic' for allowing us to use the floor of thier store for our gaming area. 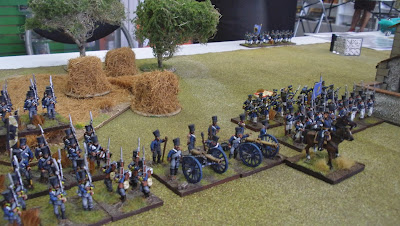 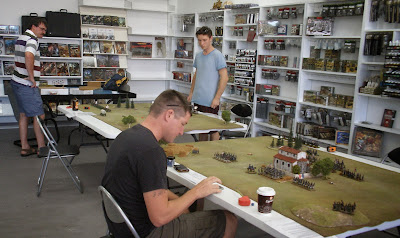 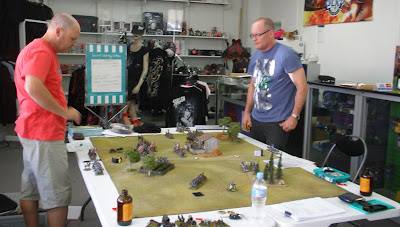 Brian and John in the first round of gaming 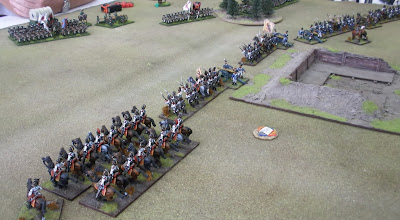 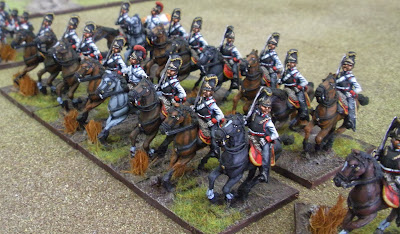 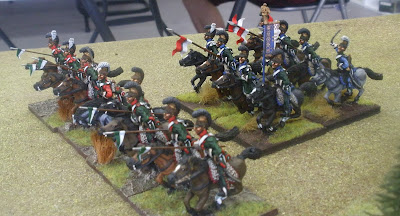 My French Lancers swing around a flank 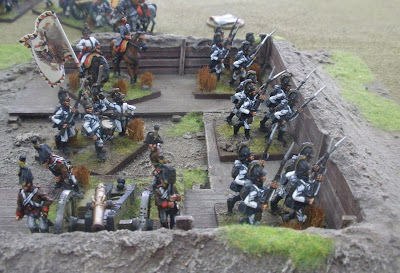 During the 'Attack' scenaro allowed the defender a redoubt, Josh placed one of his Austrian Line battalions with attached battalion gun. 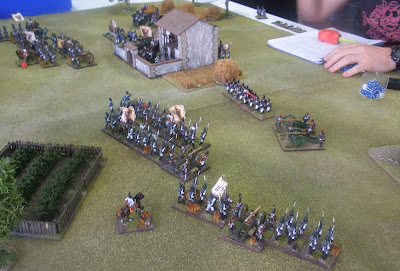 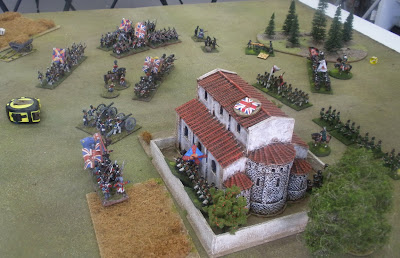 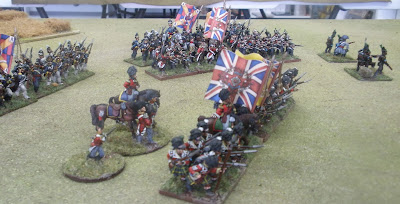 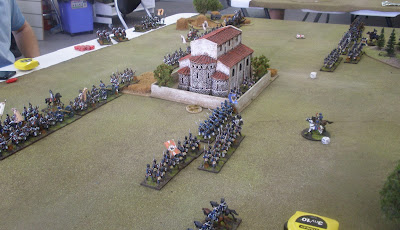 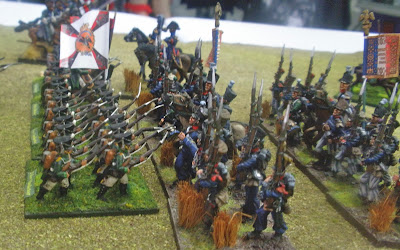 Dave's Russians and my French clash

As promised I have finally finished painting and basing another of New York's finest the 10th New York National Zouaves. These fine fellows fought with the 5th New York at the battles of Gaines' Mill and 2nd Bull Run and then went on to become a fine veteran regiment right to the end of the war. The figures I have used are Perry Miniatures metal zouaves, which seem to suit the right dress for the 10th NY from the 2nd Bull Run and after.  The 10th NY also wore a loose form of blue trousers not the baggier zouave pants of the 5th NY. 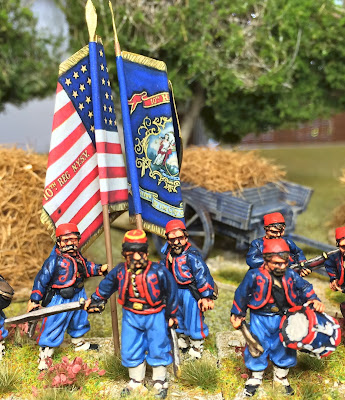 The only issue I had with the range was that the jackets did not have the raised trimmings or design on the front as the plastic zouaves do. As I am not the neatest painter when it comes to intricate patterns I found it a little hard to make the painting neat in these areas. However I am very happy with the end result and now have a very colorful and flamboyant Zouave Brigade for my American Civil War Army. 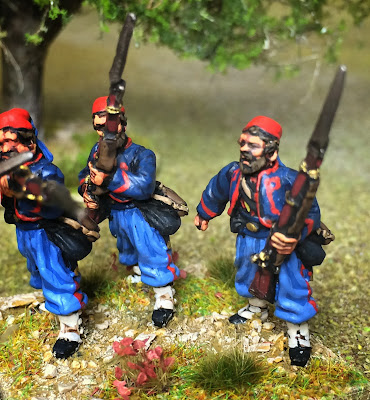 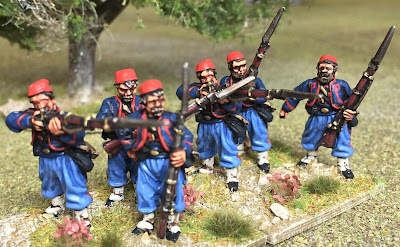 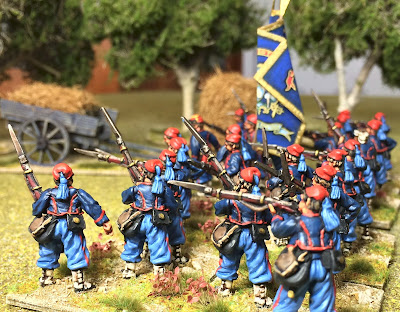 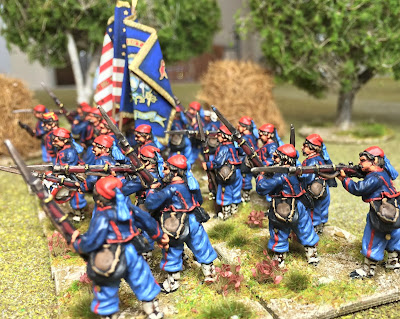