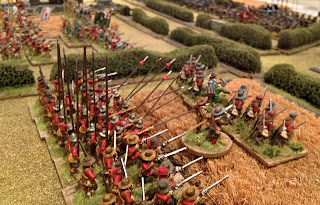 Just about every Wednesday night myself and Brian Buskell have a small game in our living room down stairs and I have always been a little reluctant in taking photos due to the poor lighting. However I thought I might give it a go with my IPhone. Well the images did not turn out too bad after all on the close shots. But the distant shots of the whole table did not work at all. The game we played last night was a nice little ECW game with three infantry and three cavalry units per side on a 6 x 4 table. 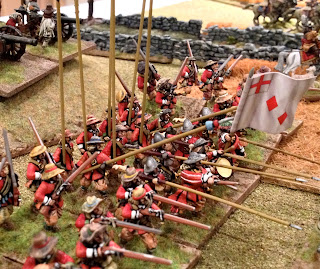 Brian picked a Parliamentarian Army and I played a Covenantor Army - Post ECW? My plan was to hold on the left and strike on the right. This was kind of how the battle went but I took some heavy hits on the way through. My middle regiment lost a round of combat and routed not once but twice. However they did manage to rally twice and remained on the field at the end of the game...cool. 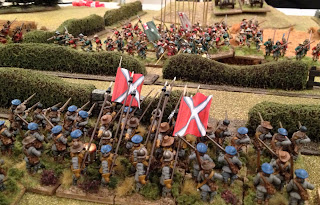 The game was interesting and could have gone either way. Difficult and close terrain slowed or impaired our movement and shooting. Cavalry charges were made but were limited in success. However by the end of turn six I had taken two victory markers and destroyed enough of Brian's units to claim one of my rare to very rare victories and the photos worked out well.....win win for both. 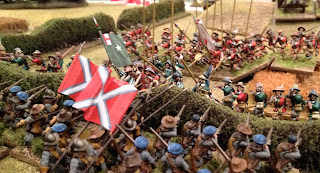 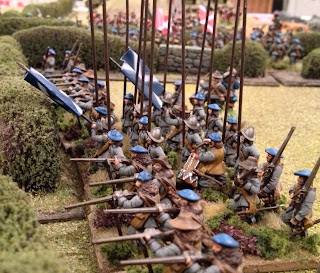 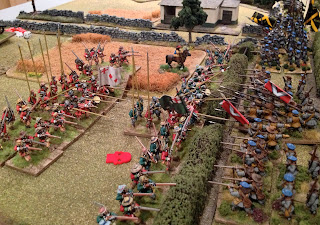 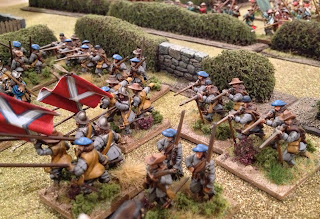 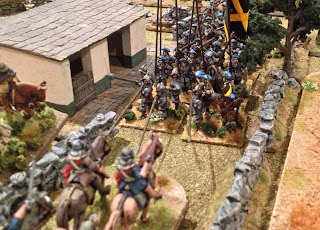 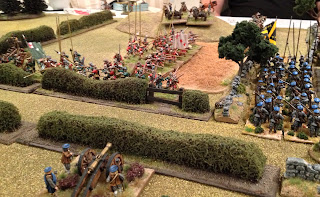 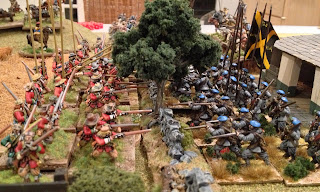 Very nice looking game. What rules were you using?

Yes - the photos are great - lighting and color, everything. My wife's Galaxy Notebook phone takes better pictures than my Casio digital camera. Oh, and beautiful figures and terrain as always. Best, Dean

Nice looking game. Nice job for the unit that managed to rally twice and stay on the board.

The pictures turned out nice I think and so make sure you continue to photograph your Wednesday night games. Well done on your victory btw.

Sweet, wish we had a bigger core of historical gamers here in my part of Wisconsin...

Great miniatures and terrain, and excellently photographed! What more can we want! Looking forward in more battlereport posts!

Nothing wrong with those photos, they show off your excellent figures and terrain to great result. Well done on your victory. More!

Thanks for the comments Guys and great to hear that the images worked out nicely. Yes I think I will be taking my camera down to Wednesday night gaming now most of the time, we play some nice little games and would be a shame not to sare them.

You are really a master in painting - incredible how good the figures look! My compliments!
Peter

I just wanted to let you know that I put a link to your ECW battle on blog. While researching the ECW I realized I needed some more hedges - then I saw your post! Great game.

I love this historical period. Too bad I live out in the boondocks and there really isn't anyone to historical wargame with... beautiful figures and terrain!