The Battle of Ruschuk 4th July 1811 - Ottomans Vs Russian 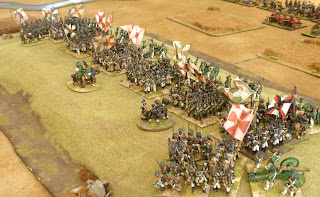 Yesterday we played a our second Ottoman/Russian game but this time with a few more figures on each side (16 battalions of infantry for the Russian) John and Damian played the Ottomans once again and myself and Brian the Russian. The scenario played was again from Gen De Bde and last scenario in volume 4 of that series. In the background the battle was won by the Russians and which would soon end the war between the two nations. However I think Brian and myself, after this battle, would have re-written history......yes the Ottomans broke two of our four brigades and collapsed the Russian left flank......that was my side..however Brian managed to hold onto his units and withdraw off the table in good order. 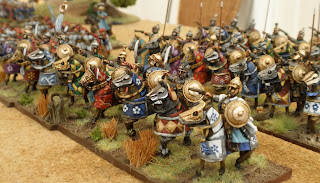 This wonderful collection once again came from John extensive collection and the rules we used are Andrew Parr's Fortune & Glory, soon hopefully to be released on the Elite Miniatures Australia website. 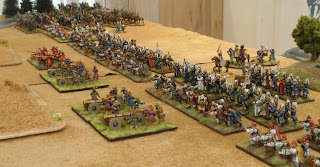 Looking across the Ottoman deployment 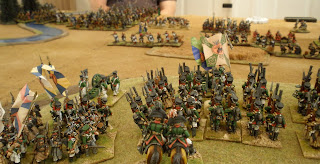 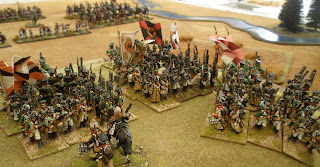 Part of the scenario was for the Russian units all to start in square and with gun batteries split into sections...this was a grave mistake and we lost three batteries in the first two turns to skirmish and artillery fire.

Looking down on the approaching Turks is the Russian line 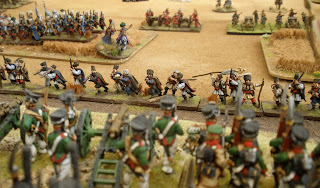 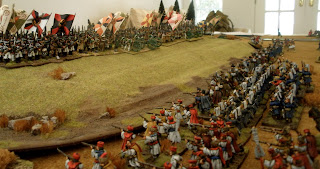 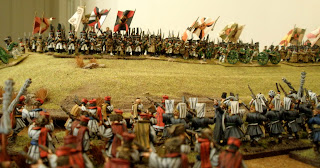 Looking up at the Russians from the Ottoman lines 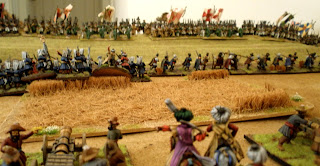 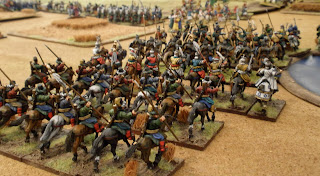 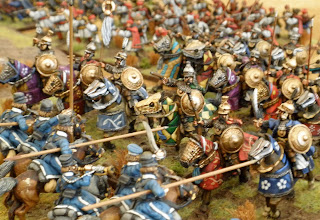 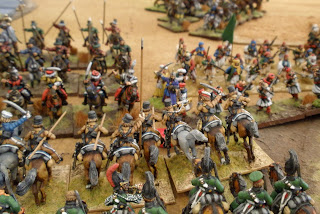 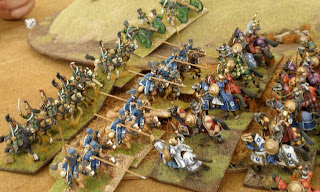 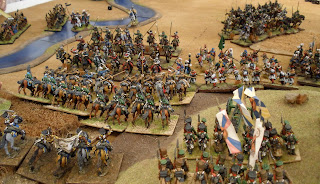 The cavalry battles on both flank were both constant and bloody. 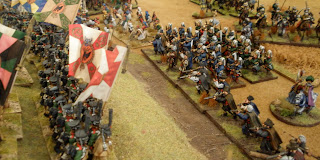 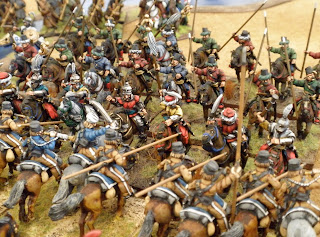 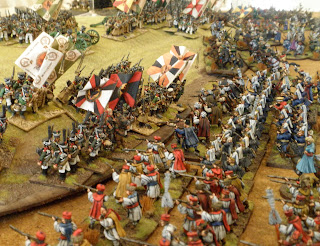 What the Russians did wrong...come down from the heights 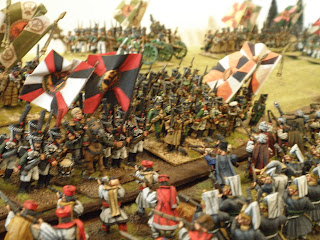 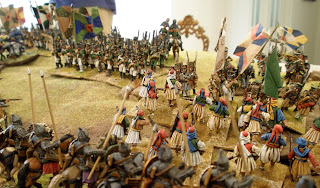 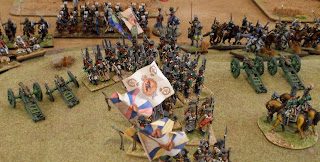 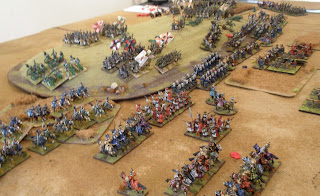 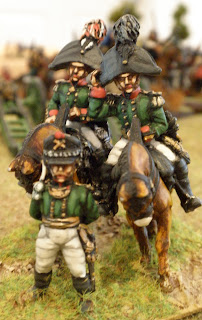 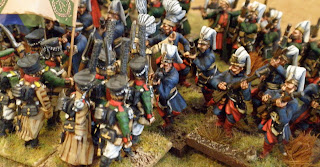 Fire at Will said...

Wonderful figures and report, I looking forward to seeing the rules used.

This is what wargaming is all about! Great.
Cheers,
George

Guys, if these battles are not inspiring people to start wargaming NOTHING will. Stunning table, stunning figures and painting (who is the painting machine you are using?) and excellent photography. Your blog was already in my personal top 10 but as from today it is Lonely at the peak on the number one spot !!!

Another beautiful battle! Just amazing. Thanks so much for sharing all the lovely pics.

Ohh Wow! That is one fantastic looking table!

Oh wow, this is pure art.

Simply astonishing. What a table!

Now I need to completely rethink my painting Queue!

This is excellent stuff, may have to accelerate my Ottoman plans especially as another club member is collecting Renaissance Poles and wants an opponent.
Thanks for sharing, be good
JJ

Very cool. Makes me think I ought to push on with my own Russians.

Stunning collection of Russians and Ottomans!

Some many nice figures on one table at once.


How big was the table you guys played on?

I am aspiring to increase my 28mm collection but have an 8'by 4' table at the moment.

One day I will have my very own Man Shed I can use for gaming :)

Happy Gaming and keep up the great posts! It looks like you guys had a blast.

Thanks for the comments guys, she was a ripper of a game and so were the figures. There should be plenty more posts over the next few months with nicely painted figures.

The game was played on and 8' x 6' table with two semi arid mats from 'The Terrain Mat' guys in the UK.

Hi Vinie, Had to put up a link to your site, the two games I have seen here are quite superb! Do visit my own 'Scimitar and Crescent Wargames'. Hope to show my own modest collection of 28mm Ottomans shortly. Well done again to everyone involved!
MGB

Excellent looking game. What brand of figures are the Ottomans?