The Battle of Obilesti 1807 - Ottomans Vs Russian 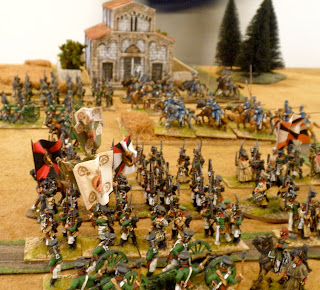 In the summer of 1807 two empires were at war, the Ottoman and Russian Empires. One of the first battles of that campaign was the Battle of Obilesti, fought on the 21 June 1807, which for the Ottomans' was to try and re-gain lost territory in Moldavia an Wallachia or much of modern day Romania. We of The Lonely Gamers Club tried to re-fight the same battle today using the scenario from General de Brigade Napoleonic Scenarios 4 "Against the Ottomans" 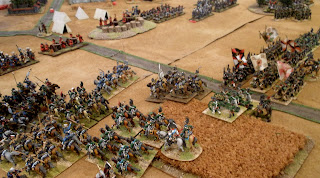 All the figures used for the colourful game were on the Russian side - Front Rank and Foundry. On the Ottoman side - all Old Glory and painted by Leroy Simpson. 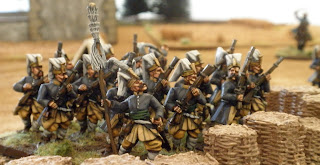 A unit of Janissary manning the palisade of their camp 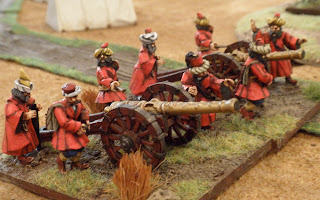 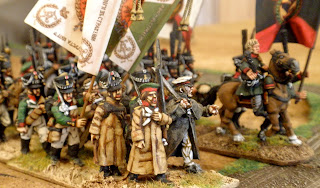 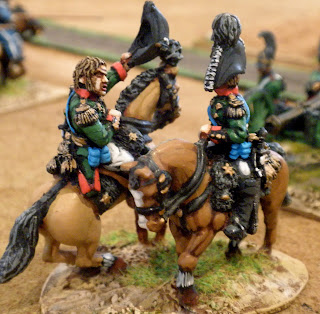 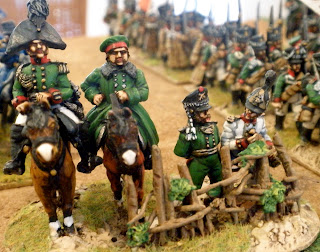 General Mikhail Miloradovitch, Commander of the Russian forces and victor on the day of the real battle......not today though.... 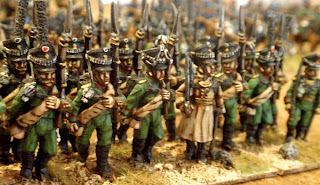 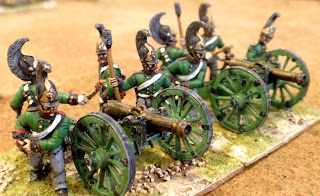 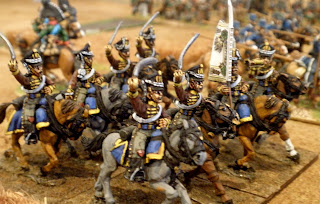 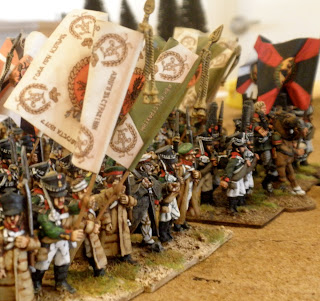 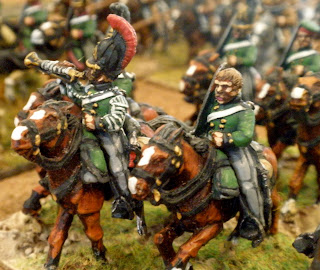 The Russian reserves consisted of Col Paul Pahlen's Brigade of Dragoon, Hussars and a Cossack unit 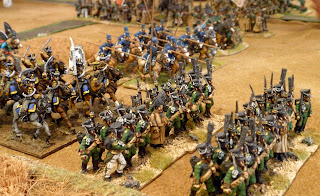 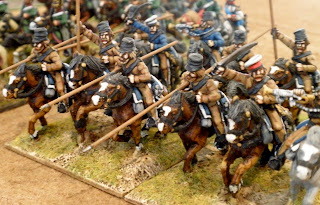 One of two Russian Cossacks unit in the battle, these guys represent Don Cossacks 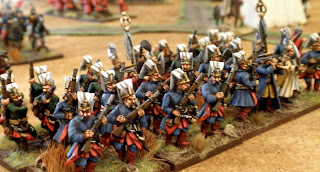 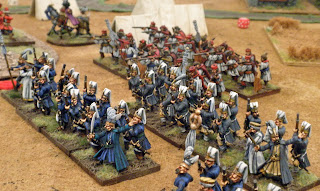 Janissary and Albanian infantry deployed on the Ottoman left flank. 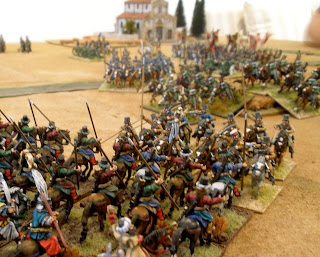 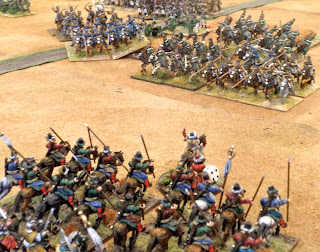 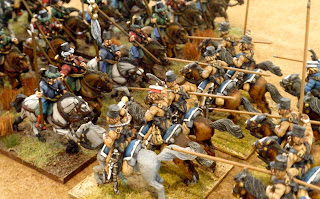 Looking across the battlefield from the Ottoman left flank

Ohh what a nice collection.

Very nice Vinny, do you have any shots of the whole table? Scott

Fantastic figures! I am partial to the Russians and found this post very enjoyable, thanks for sharing!

Very nice to see something in the era other than the usual suspects. Wonderful scenery and figures. Thanks for sharing!

Cheers for the comments guys, it was a very nice looking game, shame none of the figures were in my collection.

Sorry no images of the table, I did take a few photos but deleted them. We did not finish the game yesterday and will be replaying it with Brian Buskell on Thursday so will take a few more shots for you.

I love the Ottomans. Them and Moghul Indian armies are two I want to do for Napoleonic period. The Old Glory figs look really good. What a great company they are.

Wow, awesome looking figures! And great to see those Ottomans

Inspiring! I will move my OG Ottomans up the paint queue, Thnaks for the really well done efforts.

I'll bet the game was fun!

Simply lovely. Such an unusual subject and executed perfect as well!

Spectacular! Just looking at this AAR, I'm drawn to painting and playing Ottomans. Thanks for the "siren song." ;-)

Beautiful armies and photos. One doesn't see Napoleonic Ottomans on the table often at all!

Great looking game & loads of fun to play to by the looks of things.
Best wishes,
Jeremy