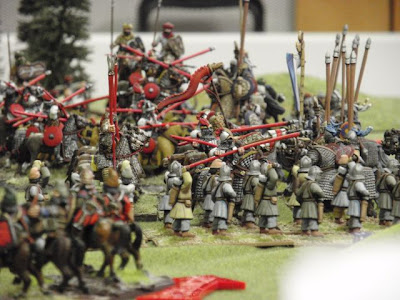 OK I managed to squeeze in another post for the night - yippie!!!. The game which myself and John played on the weekend, was a little 2000pts game between a Palmyran Army and the Romans. It was the first time either army had seen the light of day and the wargaming table plus the first time either of us had used the armies. So a few things were forgotten which might of made the game a little more interesting. Basically the Palmyran Army list came from the old Armies of Antiquity (Cataphract Armies) and the Romans were straight from the main rule book, using the Imperial Army list, which works fine for this period. But as you can see after a few moves I found my army flanked and defeated quickly. Thus I have included mainly images from both armies now in John collection. 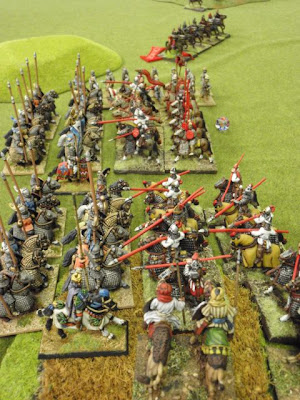 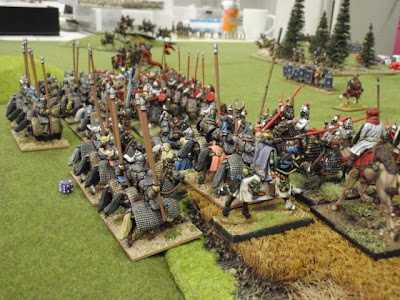 Included are three great shots taken by Leroy's new camera - My cataphracts getting wasted by frontal and flanks attacks. 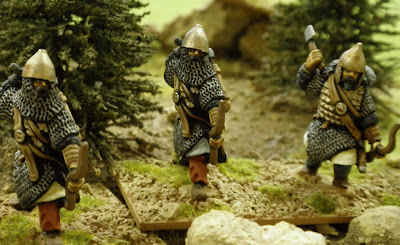 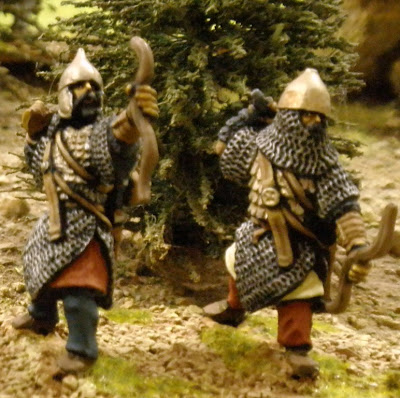 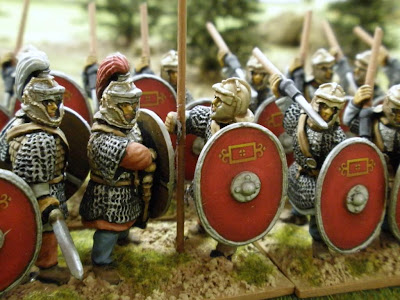 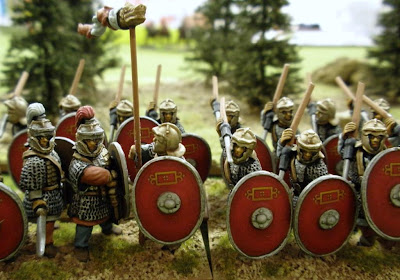 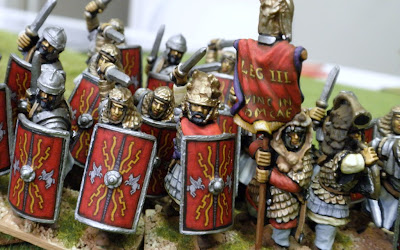 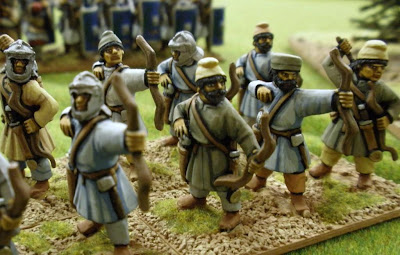 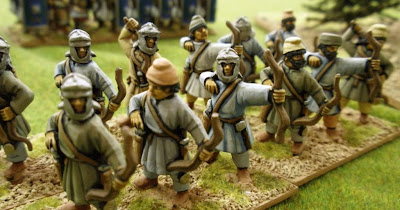 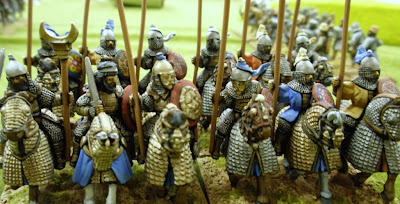 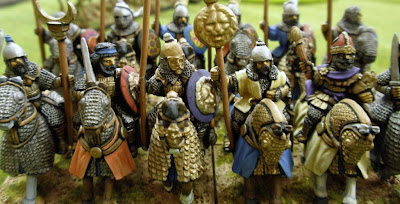 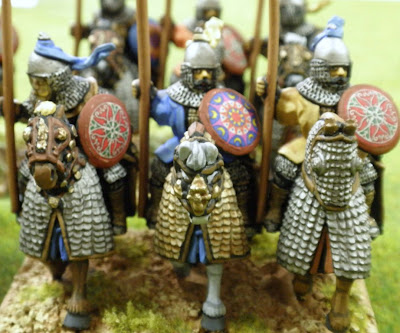 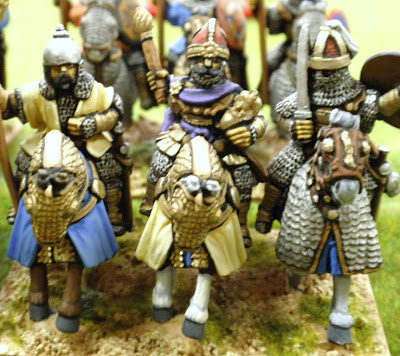 Lovely painting; I particularly like the Romans with the oval red shields, which look like LBMS but perhaps shaded?

Cheers Big Red Bat,
I am not sure who the painter is but he has done a wonderfull job on the figures. The shields are LBMS well spotted with shading. They certainly bring the figures up nicely. We are going to have a bigger game before the end of the year with the combined forces of Palmyran and Roman against the Persians - see how we go anyway.

A couple of superb armies. Yesterday I was chatting with Adam, who sculpted the minis. He said that he'd like to do another 3rd C range, someday; something to look forward to.

Adam has done a fine job on these figures. Do you think the new figures might be part of the new Early Roman ranges they are now producing?

I have to agree, the figures are excellent - nice to see the later period variation in the Romans over the usual EIR.
Very nice.