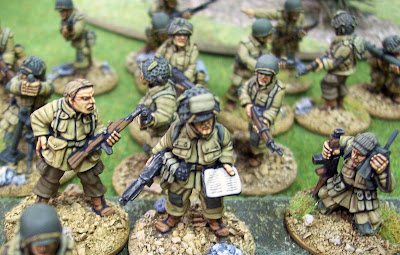 Like most serious wargamers we have mountains of figures from all ages, ancient to modern. However there are never enough days or hours to play with them. Anyway John has a great collection of 28mm WWII figures and we though it might be worth a go to use them for Flames of War. John worked out or the Army lists and I just played and gazed at his figures. But we did ran into a few problems. Firstly the table was a little small, ours was 6 x 4 an 8 x 6 might have been better for the game size. Secondly how do we work out the tanks. Having tank platoons is a little to much and can easily choke up the table (which we did), so next time we have thought it might be easier to pay for single vehicle at the same cost of a normal platoon. Thirdly artillery can be used but will have to have the off board option or it is just open sights. Infantry can be keep the same, squads however were divided up in to three bases of three (nine man squad/section) and this would also depend on the army been used. Ranges were keep the same in order to allow free movement of troops and not slow down the game. The game worked well for 28mm in the long run and we are very keen to give it another go in the future. I have included a few images of John's great collection. You might even recognised the painters. 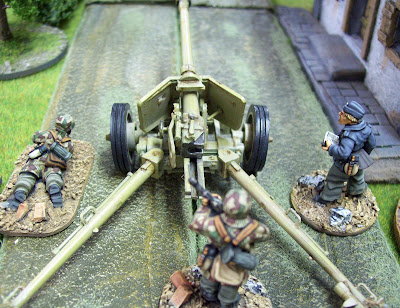 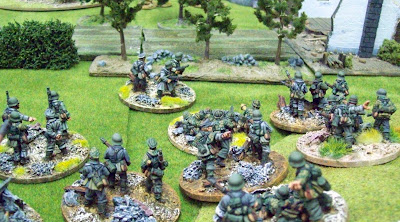 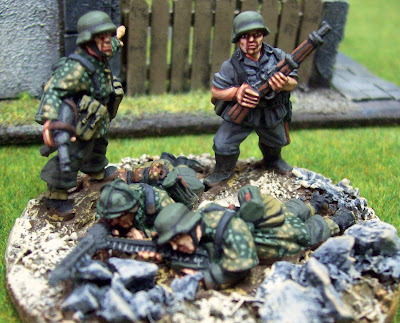 Ok some of the bases had four figures. 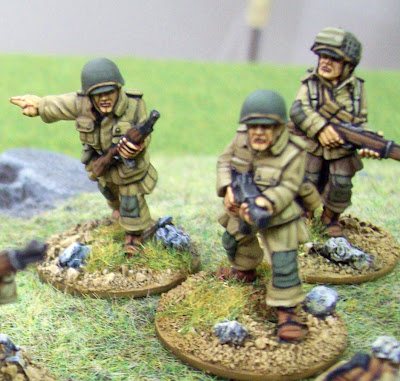 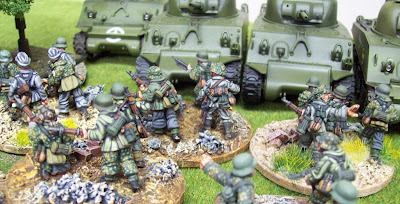 ''where are the Panzerschrecks?" 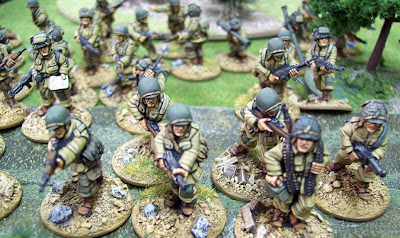 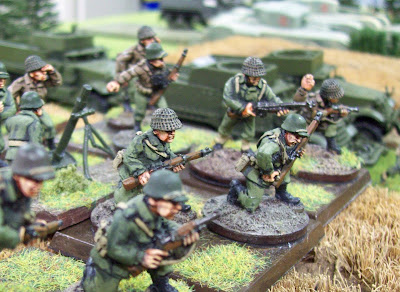 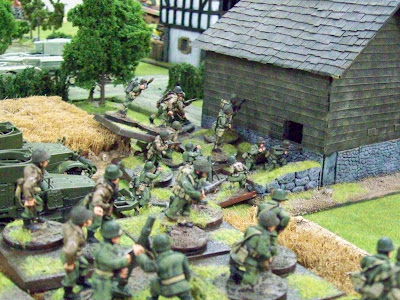 US Infantry and much of the terrain was painted and scratch built by our own Leroy Simpson. 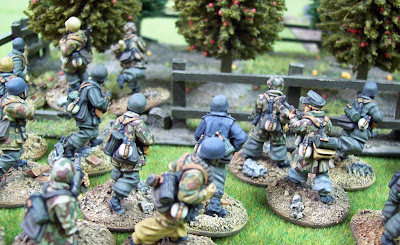 Wow! Those are awesome as our US friends might say.... :o)

Times everything by 1.5 and play on a 9 x 6. artillery off table.
I had thought that for anti tank guns you would deploy a single gun and several crew bases and remove a crew base each tim a gun was lost. With armoured vehicles require a 2" minimum gap.
Cheers

Will Do Andrew, We will give that a go next time we play.

great figs! - what scale sherman tanks do you use with your 28mm figs?

Very Clever, I would love to try this with my local gamers. A bunch of them play FoW, but I have no burning desire to paint smaller scales.

Love the Pak gun...a thing of beauty that!

Reading your article is such a privilege. It does inspire me, I hope that you can share more positive thoughts. Visit my site too. The link is posted below.

Aw, this was a really nice post. In thought I want to put in writing like this additionally – taking time and actual effort to make an excellent article… however what can I say… I procrastinate alot and under no circumstances seem to get something done. online casino gambling

I procrastinate alot and under no circumstances seem to get something done...