The Battle of Fort Ticonderoga - MOAB 2008 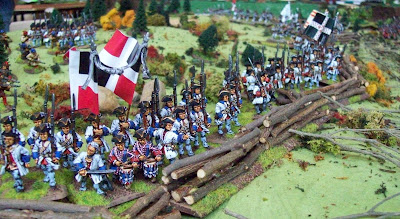 These are a few images from the great little demo game Matt Williamson put on for MOAB. The battle played was the Battle for Fort Ticonderoga. Which was fought on the 8 July 1758 between the English, under the command of General Abercrombie, and French, under the command of General Montcalm. The French, who only had an army of 3000 defeated 12000 British troops and causing some 1600 killed and wounded. The result of the battle caused General Abercombie to be removed and replaced by General Amherst. This demo game was played on the Sunday, with two games having been played during the day. However the battle did not follow history as on both occasions the British broke the French lines with out to much difficulty. Figures were painted by Matt, Scott Robertson and Leroy Simpson and are from the 1st Corps, Foundry, Eureka and Front Rank Miniature ranges. 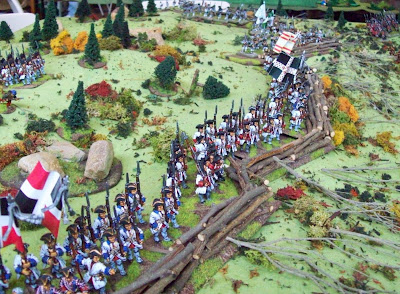 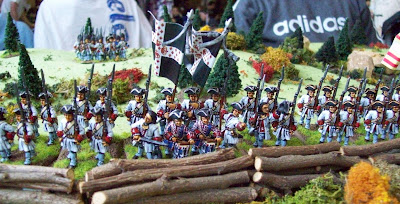 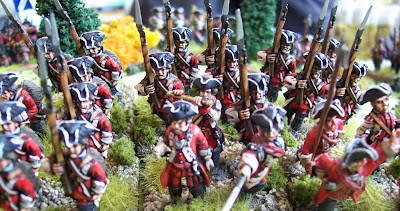 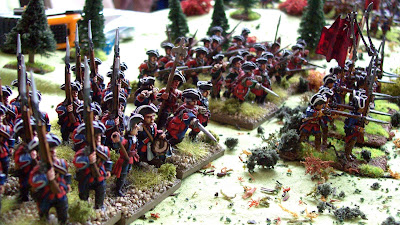 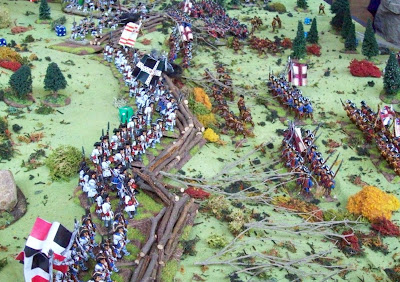 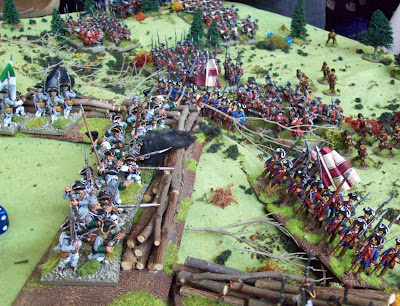 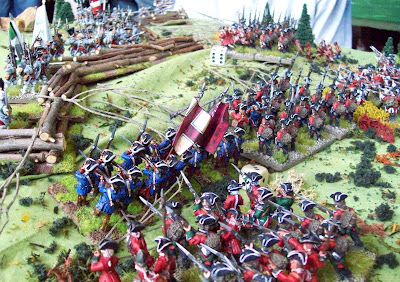 The battle begins in ernest

Labels: MOAB - Mother of All Battles

That is a *lovely* set up - any chance you can fix the pictures so we can have more close-ups?? :o)

Steve,
I am very sorry I have had a go at fixing the pictures and the only way I can do this is to load them up a small images. I will have to try and save the photos as some thing else or in another way, just not sure how to do this at the moment.

Nathan - cracked it - Blogger is playing games with your formatting... :o))

If you put a comment with an email id I can send you the HTML code...

The close up of the red coats is brilliant by the way...!

This is very nice indeed!It's a change of pace with a focus on a less wargamed period.

Excellent. Fort Ti has long been a favorite place for me to visit. I posted about my 2009 trip there.

Excellent looking game. It is such an interesting period and you have captured it brilliantly here.

My parents live near Fort Ticonderoga. It's always been a favorite place to visit. They have a couple large dioramas there, but honestly they aren't as impressive as your game here.
A few years back I did a post about it.