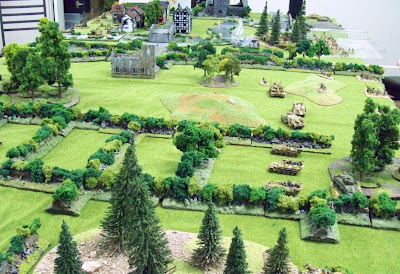 Last Friday afternoon myself, John, Brett and Gavin bashed out a 3000 pts (per side) game. It covered no real scenario however was roughly based on the Germans attacking the junction between the two Allied Armies during the D-Day battles. Just so that we could play with both British and American units. Germans fielded by John and Gavin were elements of the Panzer Lehr and Fallschirmjager companies. The terrain was a good mix of forests, hedges, towns. open fields and a large river system which allowed for good covered movement and forced players to move around for the better shot. Flames is a good little set of rules and in the near future we are intending to use them for 28mm. However dropping the scale to platoon level, not companies and keeping the ranges the same to allow for movement around the battlefield. But will keep you posted on that idea. All figures are from John's fine collection. 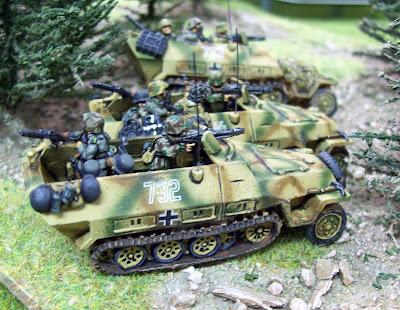 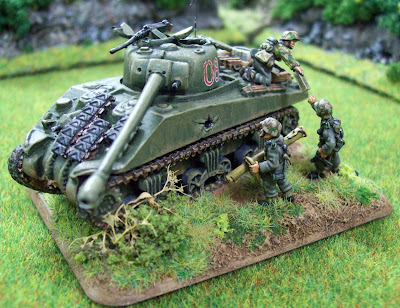 Objective marker for the Germans. 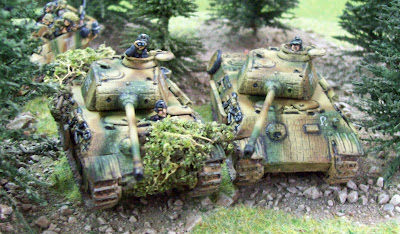 The Panther commander scans the hedgerows for Allied tanks 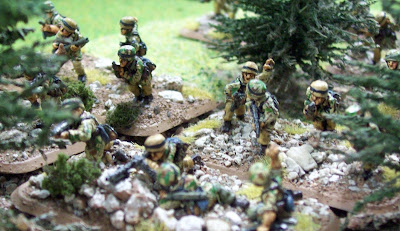 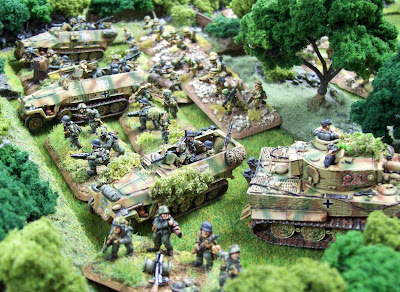 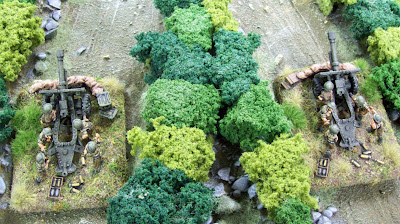 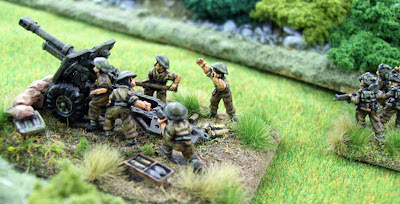 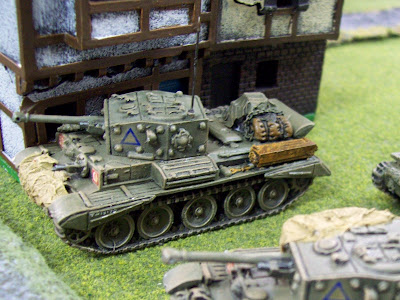 Thanks Steve,
All figures are from John's great little collection. Only wish I was the proud owner.

Not my favourite rule system but a lovely looking game guys.

Thank you, this article really help me to understand more than before.